John Hoyt will offer a training session on the types and purpose of tripods and heads beginning at 5:45pm and ending at 6:15.
This will be followed by the CCC Business meeting from 6:15 to 6:30pm 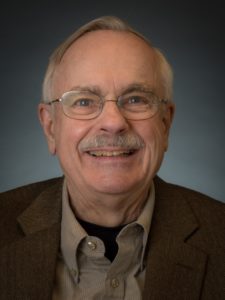 Bio:
Bill is a frequent lecturer an judge for camera clubs and other organizations throughout New England and beyond. He is a member of The Photographic Society of Americas (PSA), the New Have Camera Club, and the Connecticut Association of Photographers. He is a vice-president on the New England Camera Clun Council (NECCC) board as co-director of the Interclub Projected Inage Competitions.
For his work on behalf of the photographic community, he was elected a Fellow (FPSA) by PSA and Honorary Member (HonNEC) by NECCC. For his photographic skills he has received the distinctions of Grand Master (GMPSA) fro PSA and Artiste (AFIAP) from the Federation Internationale de l’Art Photographiique. In 2019 Bill received the PSA Ashbrook Award for Digital Imaging Instruction.
In PSA recognized salons Bill has earned two Diamond Awards (color class) in the Projected Image Division, five Galaxy Awards in the Photo Travel Division, and five Stars in both the Nature and Photo Journalism Divisions. He has earned numerous awards for photo essays in the Projected Image and Photo Travel Divisions.
For many years Bill pursued a hybrid approach to his photography where live narration, stills, video clips, and sound files were combined to create travel presentations and essays with more production values than is possible using just still photographs. Recently as he has traveled less he has taken a project oriented approach to his photography where he pursues interesting subjects closer to home.
Artist Statement:
My interest in photography started in high school. I developed black and white film and made my own enlargements. I became a much more serious photographer after I moved to Connecticut following graduate school and, in 1970, joined both the Color Camera Club of Westchester NY and the Photographic Society of America (PSA). During the next fifteen years I enjoyed CCCW’s many activities and found mentors among the members, many who were also active in PSA.
I have tried many different types of photography over the years. By far travel and cultural photography are my favorites. Creating shows using my images to present to a variety of different audiences makes this type of photography even more fun.
Over the years photography has helped me see the world much more deeply than I would have without it. Instead of superficially looking at the things around me, I look for images, image sequences and video clips that tell stories. Creating lectures after slected trips allowed me to: relive the experiences; dleve even more into the underlying stories that my images told; and share my images with others.
Topic: Infared CT
Today there is a lot of interest in infrared photography. It is a way to explore new worlds and capture fine art images. It changes the appearance of an image by creating false tones or colors. It stimulates your creativity. In this program, Bill will explore what infrared (actually near-infrared) radiation is and how it renders photographs of the world. Pure infrared radiation produces only black and white images, but also including part of the visible spectrum allows colored images to be created. The images shown in this program are the result of an extended personal project where images from across Connecticut were captured using a series of filters. Filters include a normal visible filter and a variety of filters that admitted infrared radiation plus part of the visible spectrum. Each filter produced a different result. Bill will begin by briefly describing the Infrared Connecticut project and the reasons it was undertaken. He will describe the equipment used and compare the photographs that can be obtained using different filters. Finally, he will describe the post-processing steps required for each type of filter. The presentation will conclude with a showcase selected from the many images captured during the project.