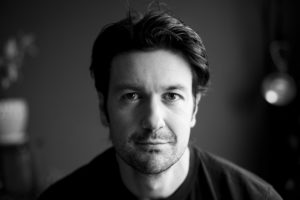 Topic:
In the same land that hosts the beluga whales of summer and polar bears in autumn comes an amazing phenomenon that illumines the dark winter skies. The northern lights—also called the aurora borealis, meaning “north wind of the dawn"—brighten the night in an ethereal display of color. Churchill has some of the most intense auroral activity on Earth, making it an ideal destination for a northern lights tour.

Court’s Bio:
Nature has been a constant in Court’s life. Spending much of his youth outdoors fostering a strong love and appreciation for wildlife led him to attend the University of Florida, where he received his bachelor’s, master’s and PhD degrees in both Ecotourism and Entomology. As the creator of his own discipline and major, he was able to design his coursework, research and teaching to focus on, as he puts it, “conserving the world through nature and educational travel experiences.” Throughout his graduate school career, Court also ran an ecotourism company through which he planned and led more than 60 expeditions to nature destinations on all seven continents.

Today, Court continues to guide the world’s best nature expeditions with Natural Habitat Adventures and World Wildlife Fund, while also heading up Nat Hab’s sustainability efforts, elevating it to become one of the most sustainable and eco-conscious travel enterprises in the world.

Throughout his travels he has also developed a keen sense for photography and videography. This has led to a true passion and profession, as he now guides many photo expeditions each year to the world’s most iconic areas and ecosystems. Whether it’s an expedition to the arctic for polar bears and northern lights, to Africa for the world’s most charismatic megafauna, or deep into the remote jungles of Borneo, Madagascar, and Papua New Guinea, he cherishes his time teaching and extending his love of conservation photography to anyone eager to learn.
www.courtwhelan.com
Instagram: @court_whelan
Podcast: The Wild Photographer